Your cart is currently empty. Click here to continue shopping.

After a year of trying to conceive, my husband and I visited a fertility doctor in a desperate attempt to begin our family.

Once all the initial testing was complete we were advised to try IUI (Intrauterine Insemination) with Clomid. After 3 failed attempts we were then told IVF (In-Vitro Fertilization) was our best option.

The thought of IVF sent my anxiety into overdrive! How is a person that is deathly afraid of needles supposed to work them into their daily routine? I wasn’t sure how I would survive this process. I remember after receiving the huge box of medication and needles I carried it into the doctors office and just balled my eyes out to the nurse. I was so scared and maybe it wasn’t just of the needles that I would have to do daily but more of the unknown. What if I did all this and it still wasn’t enough to make my dream come true?

Round One: After going through the long process of my first round of IVF I was so certain it had worked. I waited with excitement for the call from the nurse after going in for a blood test. The test came back NEGATIVE. How? Why? What now? Luckily I still had 5 frozen embryos so I didn’t have to go through the whole process all over again. It still meant lots of medication and needles but no retrieval.

Round Two: After the transfer I decided I didn’t want to wait for the blood test. I wanted to know the answer before anyone else. I didn’t want to be blind sided like the first time. That was too hard to handle. I took my first pregnancy test and waited a long three minutes in pure fear . It was POSITIVE! I was pregnant! I wanted to shout it from the roof tops. Of course I still had doubts. I took probably a total of 14 tests just to make sure. We wanted to wait for the blood test to confirm before we got too excited. Blood test was POSITIVE! We are really PREGNANT! We were so happy we told our close family after a few weeks. The blood test numbers continued to rise perfectly. We went in for our first ultrasound and the Doctor seemed happy with what was visible at the early stage. The next ultrasound was a different story. They weren’t sure but said there wasn’t much progress from the previous week. They said we will check again next week. That week felt like a year. I researched everything I possibly could. We went in and I was told I would miscarry in the next week. I was pretty upset to say the least. A week and a half went by and I hadn’t started to miscarry yet so I called the doctor and they said to come in for another ultrasound and they would see what was going on. Unfortunately I told Dominic I didn’t need him to come. The worst had already been confirmed so I felt it couldn’t possible get an worse. Well I was wrong. During the ultrasound I saw a flicker. Oh my gosh there’s a HEARTBEAT! 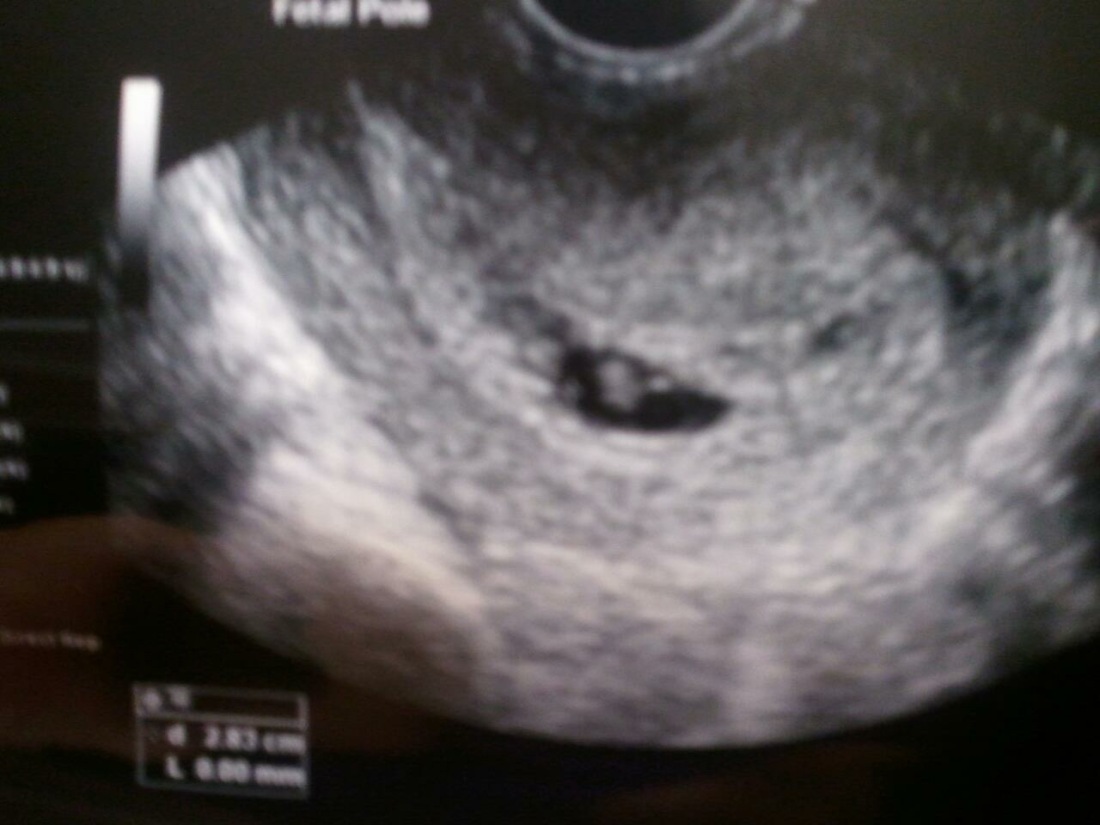 A million thoughts went through my head at that moment! Oh my gosh a baby! I knew they were wrong! I’m a MOM! Dominic missed the first heartbeat. It was just pure happiness of witnessing a miracle. After I caught my breath I had asked the doctor “Is that a heartbeat?” He was completely puzzled but didn’t look happy. I couldn’t understand. He then answered “Yes, but I’m sorry. The heartbeat is so faint the baby will not make it another week”. After seeing a heartbeat the baby became so much more real. It was hard being the only one to see the heartbeat. The next week when I returned hoping for another miracle my world crashed down and the heartbeat was gone. I was scheduled for a D&C the following day. I was completely numb with grief. I had never felt such a huge loss in my entire life.

Round Three: We still had 3 frozen embryos after the first 2 Rounds so we proceeded with a Frozen cycle and made a huge decision to transfer all 3. It was super scary but I didn’t feel like transferring just two was working out for us. So I tested at home and it was POSITIVE. This time I didn’t even get a little excited because there was so many hurdles we still had to overcome. Once I had blood test it was confirmed but my number was on the low side. Then I had to go back the following week and my numbers weren’t doubling. I felt like we were just cursed. How can this be happening again? This time I didn’t even make it to an ultrasound. I miscarried around 6 weeks.

At this point we were completely defeated. I had no embryos left. I would have to start over from scratch. I was at the lowest point of my life. Every single moment of the day I thought of the babies I lost. As crazy as this sounds, Not only did I think about the babies but I thought about my husband. I thought about how I couldn’t give him the joy of become a father. I didn’t want to hold him back from that experience. We had a follow up meeting with the doctor and because of the two miscarriages our insurance would now cover another round of testing. One of the test was of both of our chromosomes(Karyotype). When the nurse called with the results she said Dominic’s tests came back fine. My tests showed that I am a carrier of a genetic condition called “Balanced Translocation”.  She went on to explain what it meant and said it only affects fertility. I finally had an answer to what was going on but I wasn’t sure how we would proceed. She then went on to say we would meet with the doctor to discuss the next steps in the process.

A Balanced Translocation is basically two of my chromosomes had a piece break off  and swapped places. So for me a large piece of my 15 chromosome and a large piece of my 18 chromosome broke off and reattached to the wrong chromosome. Since I have a large break that means I will most likely miscarry early in the pregnancy. Some women with small breaks can carry further into pregnancy to full term and baby will then pass away of medical complications.

Once we met with the doctor he had discussed doing IVF with PGS (Preimplantation Genetic Screening) and said this is basically a way to screen the embryos to help prevent future miscarriages of embryos that are unbalanced.  The goal when doing IVF with PGS is to get the most eggs as possible to be screened. They increased all my meds. I was told with my condition 1 out of 10 eggs is probably balanced or normal. During my retrieval only 14 eggs were retrieved. I was pretty devastated with such a low number. The next day only 9 had fertilized and then we had to wait five days to see if any were still growing. On the fifth  day I was told only 4 embryos made it to be biopsied and sent to a lab for testing. At this point I was beyond crushed and already felt defeated. At the same time I knew this was my only option and I had to put my faith in this process. It was the longest three weeks of my life waiting for the results. 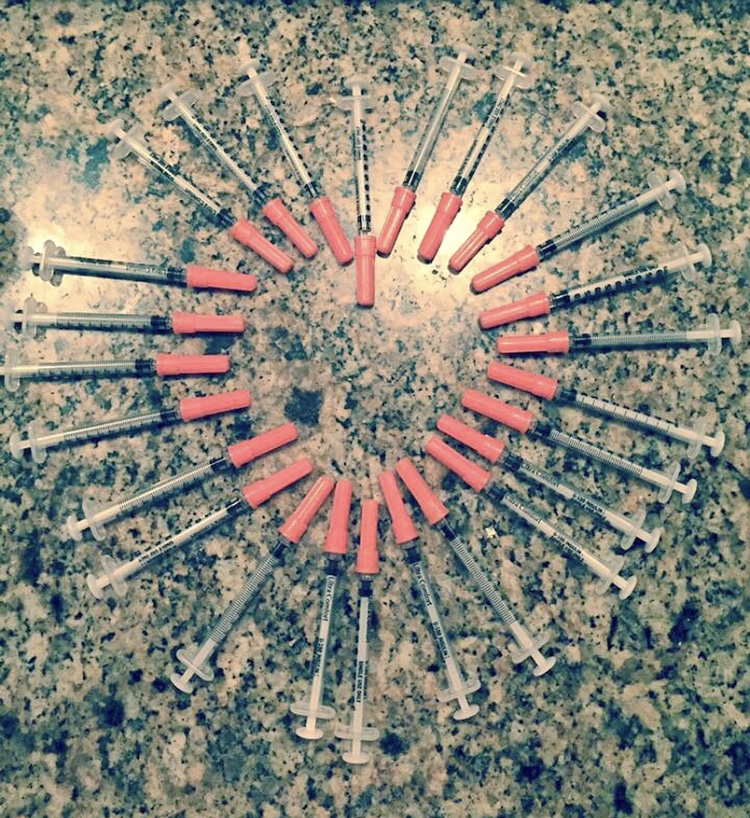 I remember the day they called. I couldn’t even take a breath as the embryologist said “I can’t believe I’m saying this because I have never seen this happen”.  I still couldn’t breath! What was he about to say? This can’t be good. He then finished with “Out of the 4 tested, 3 are Normal/Balanced Embryos”. At this point I was jumping up and down screaming. Since we had the PGS done the gender of the embryos is shown on the test results. Of course I had to ask. All 3 of the embryos were ……GIRLS! Rainbow after the storm

Cooking up family fun with Disney

Be the first to comment.
✕
Thanks for contacting us! We'll get back to you as soon as possible. Thanks for subscribing